The Most Nourishing Food

There are many variations of making your own broth. This is a marriage of 2 different ways, which I feel brings both the best flavor and the most nutrition.
Take your leftover meaty bones and roast in the oven at 350 for about one hour in a skillet or heavy bottomed pot or pan.
With the clean, marrowbones, submerge in water with ¼ cup of apple cider vinegar. White vinegar will do. The act of soaking in an acid helps to extract the minerals.
Once your meaty bones are roasted, add to stock pot and deglaze the pan. Add liquid to stock. Fill pot with water until all bones are submerged
Bring to a low simmer, never boil, and keep on low from 2-24 hours. The longer you simmer, the more deeply flavored and nourishing your broth will be.
Once you are finished simmering; strain your broth, and chill until the fat becomes a hard layer on top of the pot. Skim it off.
Return your broth to a simmer, add 1 teaspoon unrefined sea salt and any herbs you wish. Carrot tops, bay leaf, marjoram are a few ideas. Let simmer for another hour or so, strain again.
Storage:
Stock can be poured into ice cube trays and muffin tins and frozen for use when only a small amount is required. Alternatively, once cooled it can be poured into Ziploc freezer bags and frozen by desired amount.

Why a Holistic Nutritionist? By Amanda Kai, RHN

The world of nutrition can be mystifying. It seems that despite the fact that we eat several times a day, everyday of our lives, it is easy to be at a loss for knowing what to eat in order to gain all the benefits of balanced nutrition.
Sometimes we are so busy we simply haven’t the time to explore new ways of preparing our meals. Out of habit and convenience, we tend to eat the same 10 foods over and over again. We often fall into the ‘eating-on-the-run’ diet, where intended snack food becomes the meal. Over time, we may be running ourselves short of the full spectrum of nutrients and adding unwanted pounds. For many, nutrition is still an untapped opportunity to enhance our energy levels, physical appearance and natural vibrancy.
There is a staggering amount of information out there on health and nutrition. Much of it is free, available online with a simple Google search, and often contradicting information, with many of the publishers trying to sell something. This can get confusing, intimidating, and expensive, very quickly. The information you find, while relevant to some, may not be relevant to your unique body, your unique life.
Some perceive it as science, as many aspects of nutrition are measured in calories, pounds and RDA’s, however there is also an art to nutrition. Natural nutrition is different from what you will find on the shelf of a supplement store. A nutritionist specializing in whole foods will promote eating a natural, fresh, living foods diet and sensible supplementation to support you, physically, mentally, emotionally and spiritually. Holistic Nutritionists will help you create new potentials of nourishing yourself within a balanced framework of your lifestyle, goals and boundaries.  We are committed to recognizing your challenges and assisting in finding ways for you to overcome them, whether that means asking you to reassess your belief systems or offering suggestions you may not have thought of.
Holistic Nutritionists are encouraged to keep up to date with current peer reviewed studies on health and nutrition, and when it comes time to choose your Holistic Nutritionist, ask for this. In the rapidly changing field of medicine and health, staying current is ever important, it is, afterall, your health. Talk to a Registered Holistic Nutritionist in your area to discover healing in an intuitive, supportive, and respectful manner.
Posted by AKAI at 12:56 PM 4 comments: 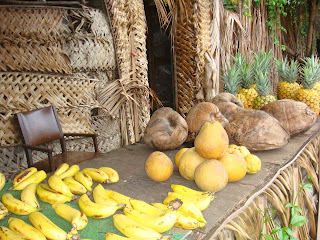 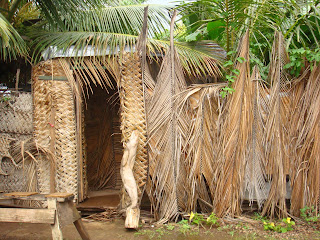 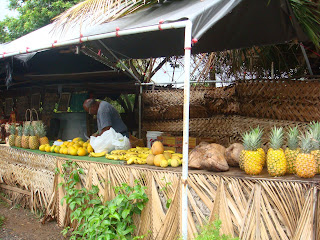 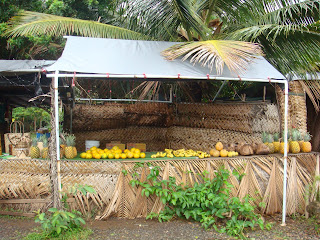 Ellen came over yesterday with her crock pot and shared her pulled pork secrets with me.
It is heavenly. When it was finished and I pulled it out of the pot, I dove right in and ate it standing up, at the kitchen counter, dipping the tender, slow cooked meat into the bbq sauce which was still hot, on the stove. 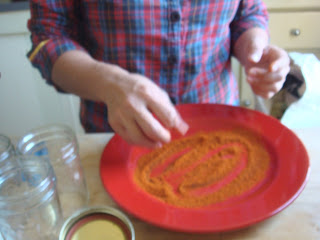 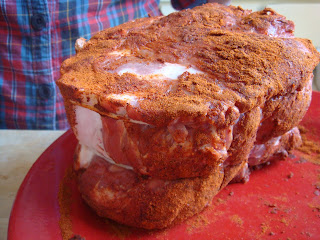 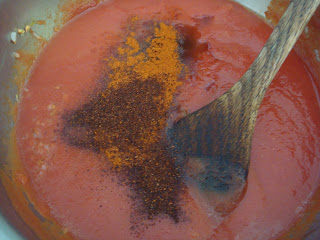 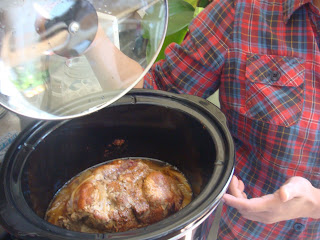 While the pork was on, we also pickled some veggies.
It is very easy.
The brine solution is 1:1 white vinegar and water, with a couple peppercorns for flavor. Bring it to a boil.
Boil your jars, we re-used empty jam jars and mason sealers and they all worked. Technically, even if they don't seal, the vinegar should 'cure' the veg so as not to spoil.
However, we julienned the carrots and so they'll be ready in days, and will be devoured sooner than later and wont have a chance to spoil! I can't wait to make home made Bahn Mi (vietnamese sub) with these carrots, or add a pickled pearl onion to a martini! 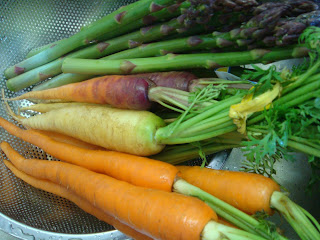 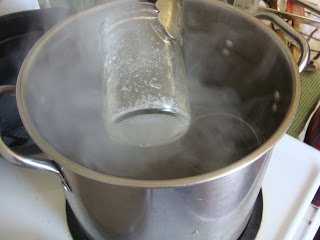 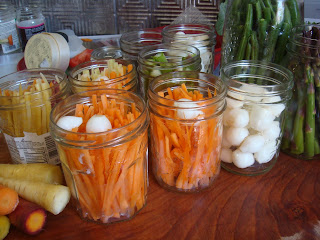 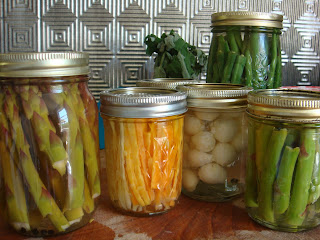 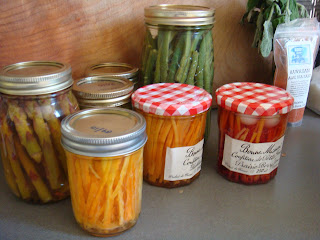 This Little Piggy Went to Market 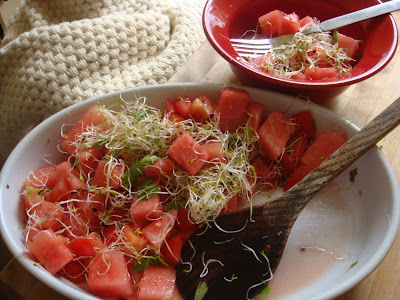 I was quite pleased with my little invention here. While I don't think I could possibly be the originator of this salad, simply because it's delicious and the flavors just work, I did come up with it on my own. And to dispel any inclinations that I might be tooting my own horn here, please know that for every 'happy accident' in the kitchen, there are plenty of 'flops' too!
Despite that, I am a fearless warrior with a knife and cutting board, defeats aside and victories held high!
TomatoWatermelonSalad!
Watermelon
Super Ripe Tomatoe
Alfalfa sprouts
Apple cider vinegar
Cilantro
mix in bowl. Serve.
Posted by AKAI at 1:29 PM 2 comments: 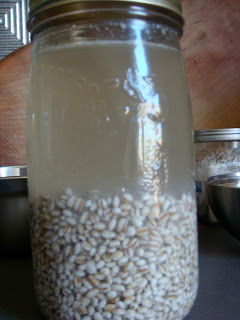 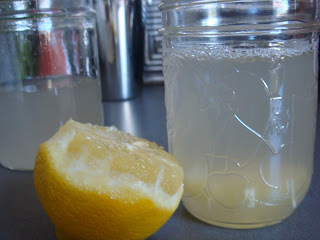 I read about this in the June 2011 edition of Edible Vancouver, a publication that I look forward to each month. In addition to being very hydrating, due to its levels of electrolyte replenishing minerals, the water holds nutrients that may have been removed from the grain during the soaking process.
First rinse your pearl or pot barley, then soak the grains overnight. The product is barley water. It is a milky, slightly tart water with a silky texture. It almost resembles cultured water or a light (water) kefir. Adding a delicate sweet flavor compliments the tartness so I tried one batch with honey and a pinch of unrefined sea salt.
For the second batch I added a little mint syrup my roommate had recently made and this was an excellent combination also. And a simple slice of lemon is a good pairing for those who prefer a more tart, less sweet beverage. (pictured above)
If you’re into nerdy uber-health foods that have roots in local history as opposed to being the latest miracle food picked wild from the Himalayas by peasants then this might be something worth trying.
It tastes very refreshing chilled, on a hot day, coming in from working in the garden or some other summer delight.
Enjoy!
Read the Edible Vancouver entry here:
http://www.ediblecommunities.com/vancouver/Drinks/barley-water.htm
UPDATE!
I just came across this recipe from the WESTON A. PRICE website

This is a traditional beverage that farmers used to drink when they were working in the hot sun. It quenches your thirst better than water and is much healthier than soft drinks.
Mix all ingredients and leave at room temperature for several hours or overnight. Makes about 1 gallon.
Posted by AKAI at 12:56 PM 1 comment: